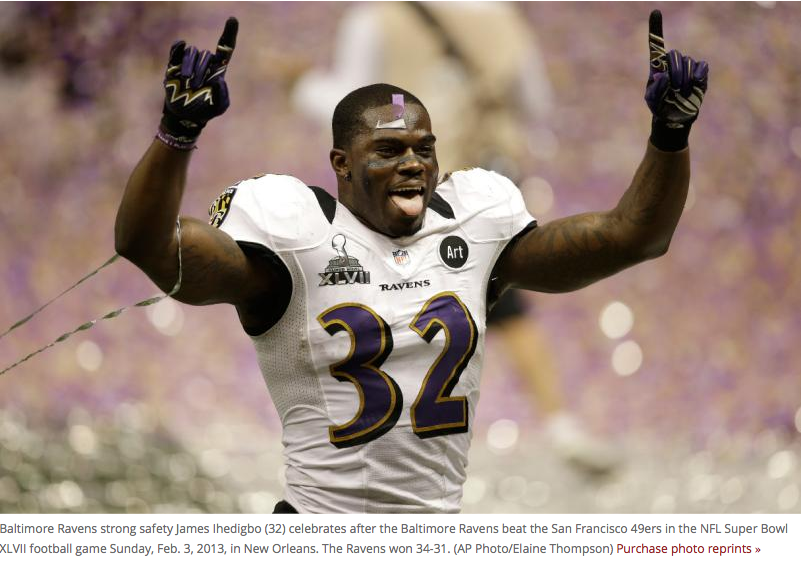 Congratulations to strong safety James Ihedigbo  for being part of the Super Bowl Championship Baltimore Ravens Football Club.  James came to us when he was part of the New York Jets two years ago and was eventually traded to the New England Patriots where he played for two seasons and went on to be part of last year’s Super Bowl squad.  He was traded to the Baltimore Ravens this off-season and this time he was part of a magical season in which they where able to compete at the highest level and win the Championship.